I write, I write, my fingers bleeding out words,
Soul aching and striving, looking for meaning,
In a world,
So Crazy.

In a madness,
So real.

How can I, may I, see I… truth – perhaps,
Or in a daydream,
Another reality, there… it reaches, beckons from afar –
Beyond all meaning, it calls,
Beyond all hope, it waits,
Beyond life,
Giving breath again,
To that which was dead. 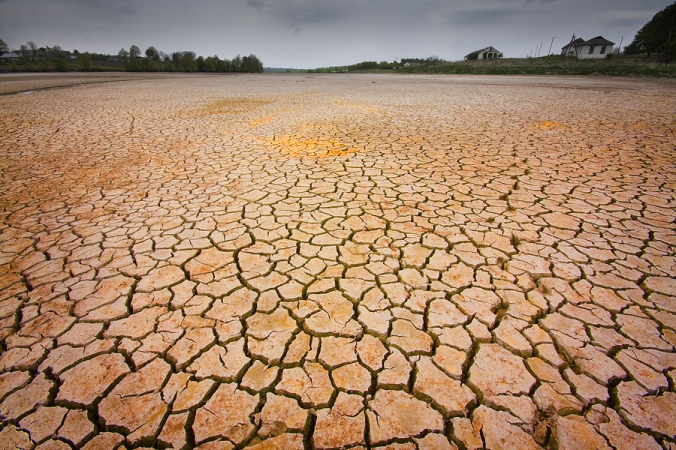 “Okay, but if anything happens, it’s your fault.”

Mary laughed and walked through the ornate archway and onto the path through the graveyard.  Reluctantly, Jim followed, casting his eyes left and right, though the path leading upwards to the church was just surrounded by more recent neat graves.  They didn’t worry him much, but what did, was what he knew surrounded the path behind the church, leading back to a street-lit road. He’d once gone that way in the daylight, and it scared him them.  He had never gone in there after, until now.  Now  dark, nearly midnight, and crowned by the fact it was Friday the thirteenth.

“Get a move on Jim, this won’t be a shortcut if you don’t shift yer ass.”

Jim decided that was a good idea, and rapidly caught up with Mary, and passed her.  He didn’t want to hang around here now.

“Okay, I am scared.  Can we get through this place as quick as possible please.”  Mary muttered something that Jim didn’t catch as he was now ten paces ahead.  Jim reached the church first, and moved into the doorway, as if the proximity afforded some protection.

“Look.” Mary had caught up and had now joined Jim. “When was the last time you ever read about creepy ghouls dismembering or eating people?  Eh?”

Jim wasn’t really in a mood for talking, though he did reply “Never.”

“Reptilian brain.”  Jim and Mary both burst out laughing at the same time.

“C’mon,” said Mary, and grabbed him by the hand, pulling him into the ancient, overgrown part of the graveyard.

Basking in the white glare of a full moon, giant angels towered over the heads, entwined with twisted climbing plants, bases covered in dense undergrowth.  As they rounded a bend in the path, they stopped in their tracks.  Ahead, around the next bend, they could see an eerie blue light.

“Oh shit!” Exclaimed Jim, as they stood there.

“It’s probably just someone walking their dog with a torch, come on, let’s look.”

“I’m going back, now.” But as Jim turned around, the path had vanished, blocked by a giant tomb.  He felt the warmth run down his legs and the world started spinning.

Mary pulled him hard by his still clasped hand.  “Follow me,” and she half dragged him toward the next bend. As they rounded it, they found the light was coming from an orange shaped ball in the middle of the path.  “How odd,” said Mary.  Jim just stood, frozen and silent.  “Stay here, I’ll look.” But Jim was going nowhere anyway.

Mary walked the few paces to the ball and picked it up. Blue light began to run up her arm. “Fuck!”  The ball shattered as she dropped it and ran back to Jim.

And there, bathed in the full moon, now stood – a demon, skin as back as coal and glowing embers for eyes.

“Thank you for freeing me, it has been a great many years trapped in that prison.” It’s voice has harsh, raspy. “Do you have a drink? My throat hurts.”

Mary fished a bottle of Cola out of her back and threw it to him, noticing the long claws as it’s outstretched arm and hand caught it.  He drowned down the bottle until it was empty.

The demon let out a huge burp. “Thank you, that was… interesting.”  He didn’t sound as hoarse now, just kinda, well… deep and demonic.  “It is good to see both of you, I presume you have come to join my battle.”

“What battle is that?”, said Mary.

The Demon boomed with great laughter. “Me, evil?” He laughed again. “Excuse me, I do not wish to demean your obvious concern, but it appears in my absence that perhaps the forces of evil have turned what is evil and what is good backwards. Or do you now live in a time of great goodness on this planet?”

Mary was fully aware that the world was a mess and evil did seem to be running rampant. “Um, no, I would say the world is a full of much evil.”

“Hmm… and I wonder how that could have come about, with myself and my powers encased, useless, in that accursed crystal ball?”

Had everything Mary ever been taught, mostly by religions – religions that spent billions on trying to kill each other – had it all been lies?
Had her own disillusionment with life brought her here?
Had fate led her here?
Jim had vanished.

I Frequently hear writers mention they are in the depths of despair (or similar words) because of what a Beta Reader or an Editor has said/done to their manuscript.  Well, all is far from lost.  Disclaimer: I am talking about some Beta Readers and Editors.  Some may be excellent.  Let’s have a good look at Editors first:

1) Editors are not God.
While this may seem strikingly obvious, most people assign “God-like attributes” to an Editor.  ‘What he says must be right’, as I am but a Writer, and he is an Editor.  ‘He knows more than I do’.  These and many other similar ideas exist in the minds of most Writers and are total nonsense.  Often, as it is your work, you may know better than the Editor.

2) Editors are human and Writers are human.
Equal footings.  Also, anyone can write and call themselves a Writer.  Similarly, Anyone can call themselves an Editor and edit – I’ve thought about doing this myself based upon feedback I’ve had from some editors, I can pull better BS from my butt very easily, charge people £5 per page, and laugh as the unsuspecting writer re-writes their manuscript from scratch while I grow rich. Personally, I think that’s where most Editors are born.  From their butt-holes where their head is firmly stuck.

3) Editors have a preferred writing style.
If your style is different, they will attempt to enforce their style while destroying yours.  There is nothing wrong with your style (unless it’s just rubbish, that style isn’t in the list of different writing styles); there is merely an Editor/Writer conflict.  Dump the Editor, don’t dump your style.

4) Editors can be wrong
Blasphemy?  No, just stating the obvious, which many Writers seem to miss.  I recently received a comment on a paragraph in one of my works: “Where has this come from?  You need to write something early explaining it.”  I didn’t bother replying “Try looking back two paragraphs dumbo.” – I just dumped that editor.

5) TRY the editor before you buy.
A bone-fide editor will, for example, offer to edit 3-4 pages or even a chapter, free, before you commit to any formal paid agreement.  If They refuse, there is a reason, and that reason says “keep away”.

Bottom line, and this applies to good Editors also, it is your book, and it is quite okay to ignore editors comments (Unless you started a sentence with ‘Suddenly’).  Take what fits with YOU, leave what does not; but always remembering – ‘Is there anything I can learn from what he says’.  A good Writer is always learning. Do not though, especially if you are new to the craft, just ignore a comment.  Reason it out. This is how you can learn much.

See comments above for editors except: some beta readers are just twats that can’t write and enjoy tearing peoples work apart for no reason.  Take anything and often everything a beta reader may say with a huge pinch of salt.  If you don’t like or feel hurt by a beta reader, for goodness sake, forget them and what they said, and NEVER use that person again.

I have just remembered I have a PhD. in Editing from Urglesborough University, and have been editing work successfully for the last 30 years.  During this time I also became Professor of Linguistics at Piddletown University, where I taught for 20 years.  I only charge £10 per page, and your work then will be accepted at anywhere you submit it to.  Too many people ask for freebies, so I only accept work for which I rightfully will get paid.  Please contact me for further bullshit… um, I mean details.

Written at the end of a very dark period in my life when I had found that alcohol was a “good cure” for … past events … but the drink turned on me, as is common for people with PTSD, and a new nightmare grew.  Written in Feb 2006, I am now 12+ years sober and this particular nightmare is no more.  It is still real for many, we never chose to be alcoholic, no-one does.  So look down not on “the hopeless drunk” for he/she suffers more than you will ever know………..

In the black night of my soul, they beckon me, possess me,
They call my name; they scratch my skin with talons and claws of fire,
Itching, tearing, burning,
They pervade my mind with fears unknown – yet terror, doom, despair, and guilt,
Memories – of a life before – now long lost,
Replaced by my Demons,
Who call my name.

I awake and they still beckon,
With thunder-beats my heart runs fast, for this is not a bad dream,
I know my fears are real, I am damned, forever caught in my hell,
As a river, my sweat pours, drowning me and engulfing the night,
And still, they call my name.

For how long shall the torment and terror be here?
For my Demons inside, to be still and give me rest?
I know not, it is still dark, still silent,
And the dark knows my secrets, my life, and my soul,
The dark, who calls me by name.

The dark slowly fades; dawn awakens, redemption comes near,
The torments do fade; my mind waits: for release from bondage and fear,
I will now rest, soon,
My sweet, dark lady beckons, a smile on her face,
And I call her name.

I drink of my dark lady, it has to be done, and soon,
My terrors, fears, all feeling driven away and banished,
My dark lady, once more my friend, my lover, and my enemy,
She gives me my rest, wings me to oblivion…

…Until the dark reappears,
And they call me by name. 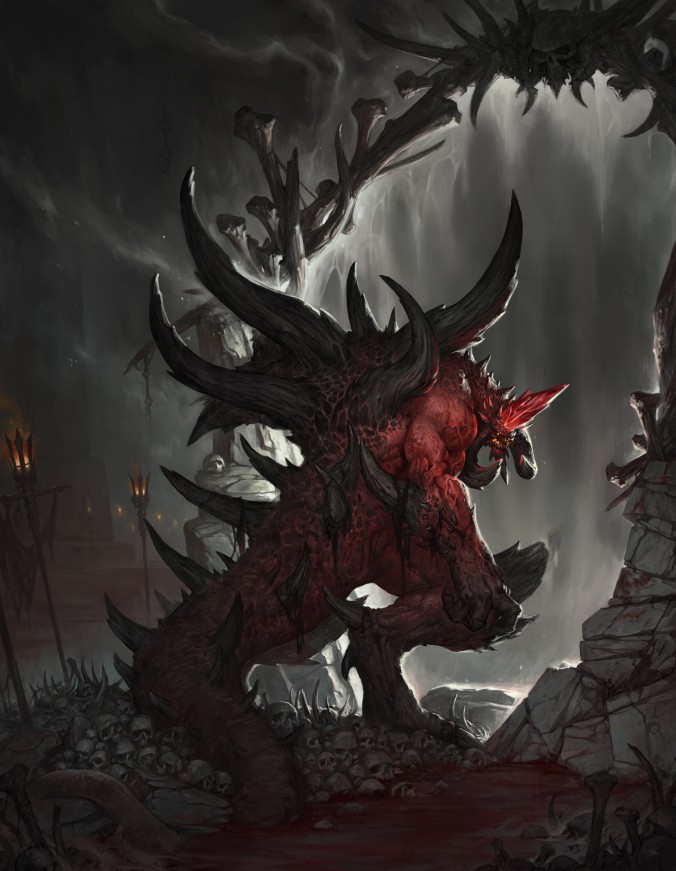 NOTE FROM THE AUTHOR:

This poem has been personal for many years, the fact I have now been sober for 12 years, I feel it is time to release that part of me to the world.